Ru is very, very angry with me right now.

I’m not being mean to him, precisely. But the apartment is full of boxes, nothing is where it’s supposed to be, and instead of sitting and petting him in my lap as I watched the evening news, I was shifting boxes from one room to another, assessing how much work we’ll have tomorrow once the moving truck arrives.

There is nothing worse in the world than trying to placate a cat whose house is all messed up. 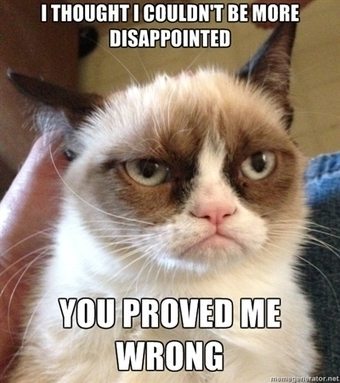 Zig is taking it in stride, somehow. He’s perched in his usual sleeping spot, throwing me a glare every time I get too close with the boxes, or if I drop something and make any big noises. I’m surprised. Usually, of the two, Zig is the one that dislikes change. This time, however, it’s Ru who’s objecting with a yowl every few minutes, or a jump into the box I’m trying to pack.

I was supposed to be releasing a book today. Instead, I will be packing the almost-finished work very carefully into my car, so that it doesn’t get lost in the mess of boxes, as I pack up and move south to take on a new academic career and in many ways a new life. (The book will be out in March or earlier – it just needs to wait until my address is once more permanent.)

Hard to believe that tonight is the last night in the bed before we take it apart and put it on a truck. Hard to believe I’ll be driving south toward Los Angeles again, back toward that scary mountain range I complained about on the way out here two years ago. I’m headed back down to Route 66. This time, I’ll be living on the San Bernardino end of it, two years after I left the eastern end.

This is exciting, but I’m sad to be leaving Northern California. I’m going to miss Silicon Valley, and its weirdness. I’ll miss driving past Sarah Winchester’s place every day, and wandering around the grounds as I please. I’ll miss looking at the green-covered mountains between me and Santa Cruz from my window. I’m trading them for mountains twice as high, but half as green. I will miss friends and family, dinners in Alameda, afternoons on the sea, shawerma in Cupertino, and a friendly barbeque with a Smoking Pig. I’ll miss the future that didn’t happen here, even as I trade it for another future I’d never thought I’d have a chance at.

Is it possible to be sad about leaving somewhere, and excited at the same time? I guess so.

View all of tsiuda's posts.